He is an astute banking professional with over 24 years’ experience and expertise in AML/CFT Compliance, regulatory compliance, Internal Control, Internal Audit, monitoring of IT Governance, Financial Control and Banking operations amongst others. Pattison commenced his banking career with Citibank and served the bank for thirteen years in different capacities.

Mr Pattison Binadeigha is a graduate of University of Nigeria, Nsukka. An Alumnus of INSEAD and London Business School Executive, Harvard Business School and IMD programmes.

Currently, Pattison manages the leadership of different bodies including; Committee of Chief Compliance Officers of Banks in Nigeria (CCCOBIN), Compliance Institute, Nigeria, Working Committee of the Convention on Business Integrity (CBi) and he is also a member of the Nigeria Electronic Fraud Forum (NeFF). 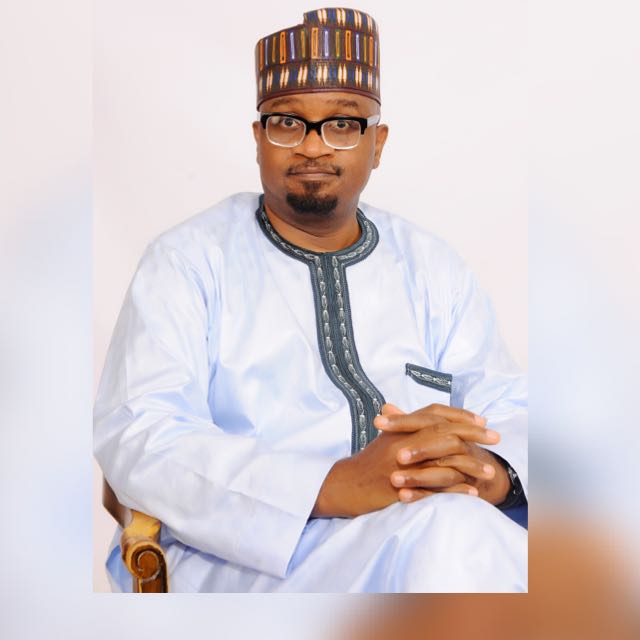 Mr. Isah is, a Certified AML/CFT Specialist, a Certified Fraud Examiner and a seasoned Bank Examiner of the Central Bank of Nigeria (CBN).

His work life, spanning over twenty-five (25) years, has been mostly in the financial service industry. He worked in a merchant Bank, a commercial bank, and as a financial regulator with the Banking Supervision and Financial Policy & Regulation Departments of the Central Bank of Nigeria (CBN).

As an employee of the CBN, he undertook AML/CFT Functions and was instrumental in the development and issuance of several AML/CFT regulatory tools, Regulations and policies for compliance by the financial institutions under the regulatory purview of the CBN. These include, The CBN AML/CFT Regulation, 2009 (amended in 2011 and 2013); The CBN AML/CFT RBS Framework, 2011; Amendment of the Money Laundering (Prohibition) Act, 2011; Amendment of The Terrorism Prevention Act, 2011; Off-Site AML/CFT Risk Assessment Tools (ORAT), and The CBN AML/CFT RBS Examiners’ Manual.

He played a key role in the Mutual Evaluation Exercise of Nigeria in 2007 and the country’s eventual removal, on 18th October, 2013, from the Financial Action Task Force’s Grey-List of countries that have not made appreciable progress in their AML/CFT regimes.

Prior to joining Ecobank Nigeria Limited, she worked with First Bank of Nigeria Plc from 2001 to March, 2008; and also worked at Stanbic Merchant Bank from 1998 – 2001 as Manager, Private Bank where she was charged with the sole responsibility of setting up the Private Banking Unit in a Merchant Bank.

Her banking career started with Citibank Nigeria in 1993 where she worked in various capacities till 1998 with the Commercial and Consumer Banking Group (CCBG) and with the Citibank Private Bank.

In 1995, he together with other like-minds established DataPro with the mission of providing solutions, knowledge, skills, information and data for all end-users in their pursuit of mitigating and managing compliance and business risks.

Abimbola is today regarded as a trail-brazier within the AML/CFT community in Nigeria having initiated the first AML/CFT Compliance Stakeholders Summit in 2006.

Since the inception of the Committee of Chief Compliance Officers of Banks in Nigeria (CCCoBIN) in 2007, Abimbola has served as one of the two development partners.

With his deep-rooted holistic and international understanding of AML/CFT gold standards, Abimbola has been a torch-bearer in efforts at domesticating and internalizing AML/CFT policies, programs, process, principles and procedures in Nigeria and other West African countries.

He is presently the Chairman Partnership & Communications Committee.

Raheem is currently the Chief Compliance Officer of Sterling Bank Plc. In this role, he provides leadership for the establishment of sustainable Compliance policies and processes. He also plays an active role in the industry, currently as the General Secretary of the Committee of Chief Compliance Officers of Banks in Nigeria (CCCOBIN), and previously as the Treasurer and Chairman of the Emerging Issues and research Sub-Committee of CCCOBIN.

Before joining the employ of Sterling Bank Plc in 2014, he was the Chief Inspector of Aso Savings & Loans Plc.  overseeing the evaluation of the effectiveness of risk management, control and governance processes. Raheem was between 2008 and 2011 a Deputy General Manager and Head, Compliance & Internal Control (International) for Access Bank PLC. In this capacity, he was responsible for implementing the bank’s Compliance & Internal controls framework across all subsidiaries and the alignment of group policies with regulatory requirements in banking subsidiaries in eight African countries and the United Kingdom and three non-banking subsidiaries in Nigeria.

In the course of his professional career, Raheem has attended several management and technical courses in banking, accounting and auditing in Nigeria and overseas. He is widely travelled and a respected professional in the Financial Services industry in Nigeria. Raheem holds a first Class degree in Economics; is a Senior Member of the Chartered Institute of Bankers (HCIB), and a member of the Institute of Internal Auditors. He is married with three children.

Uyoyou Ewhe is the Head, Regulatory Intelligence & Enquiries in Access Bank Plc, a full service commercial Bank operating through a network of about 366 branches and service outlets located in major centres across Nigeria, Sub Saharan Africa and the United Kingdom.

He also had a distinguished banking career in Guaranty Trust Bank where he functioned in Systems & Control department prior to joining Access Bank in 2003.

Uyoyou Ewhe obtained his first degree from the University of Lagos in 1994 and Masters in Business Administration from the Lagos State University in 2008 specializing in Financial Management. He is CAMS certified and a member of other professional bodies in the financial sector.

He was one of the members of working group that gave birth to the Committee Of Chief Compliance Officers of Banks in Nigeria (CCCOBIN) forum in April 2007. Uyoyou Ewhe has undertaken various trainings both in Nigeria and abroad, one of which is at the Wharton Business School in Pennyslavia, USA.

Isioma Gogo-Anazodo is a graduate of Botany from the University of Nigeria, Nsukka, a Chartered Accountant, a seasoned Auditor, a Certified Fraud Examiner and a Certified Anti-Money Laundering Specialist. She has over 24 years working experience, four of which were spent in a Reputable Firm of Chartered Accountants and twenty in the financial services industry.

Beginning as an Internal Control Officer, she rose to become the Chief Compliance Officer of one of the leading banks in the Country. She has been involved in a number of training programs, delivering papers for the Institute of Chartered Accountants of Nigeria (ICAN) and Risk Managers Association of Nigeria (RIMAN). She was an executive member of the Committee of Chief Compliance Officers of Banks in Nigeria (CCCOBIN) where she has successfully organized and hosted an international conference. She is a Trustee of the Compliance Institute, Nigeria and presently the Chairman, Education & Programs Committee of the Institute.

She is also an Entrepreneur, building an international business. 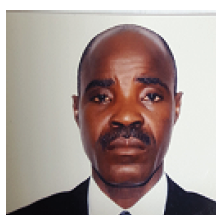 Mr. Olurotimi Muraino Omotayo was the Chief Compliance Officer of Skye Bank Plc for over 3 years from March 2012 to June 2015 and the pioneer Head of Branch Operations for over 6 years January 2006 to February 2012. He is presently the Group Head, Internal Control of the Bank. He had previously worked in Ogun State Housing Corporation, Gateway Bank Plc and the EIB International Bank Plc.

Mr. Omotayo has vast experience in Finance, Accounting, Compliance and Internal Control functions. He has almost 30 years work experience with about 25 years spent in the Nigerian Banking Sector.

He is presently the Chairman, Research Committee of the Compliance Institute.

A 1985 bachelor’s degree graduate in Business Administration, Mr. Akachukwu also holds the Masters Degree in Finance and Banking (1990), HSCIB and CFE (Certified Fraud Examiner) Certifications.  He started his career in the financial services industry at the Central Bank of Nigeria where he worked for over twelve years in the Finance & Accounts, the then Computer Services Department and Bank Examination Departments. A seasoned financial and IT systems auditor, who led several teams of examiners to licensed banks and finance companies in Nigeria. While at the CBN, Humphrey attended all the qualifying bank examiners’ courses in Nigeria and other related courses in Europe and North America.

He joined Diamond Bank Limited in 1998, and was confirmed Chief Inspector of the Bank in 1999 from where he rose to become the Chief Compliance Officer and Headed the Compliance & Audit Division for well over a decade until early retirement in mid-2012.  In Diamond Bank, he attended several local and overseas courses on Fraud and Financial Crimes Prevention as well as Corporate Security Strategies. He is both a member of the Chartered Institute of Bankers of Nigeria (CIBN) and external faculty member of both the Chartered Institute of Banks in Nigeria and Financial Institutions Training Centre, where he facilitates on the Institutes’ courses in Financial Crime Prevention, Internal Control and Effective Branch Management programmes.  He is also an alumnus of Elkins Marine Training International. Humphrey was a member of the Legislative Dialogue Committee that midwifed the current Economic and Financial Crimes Act and is a well-known lecturer on Anti-Money Laundering subject. He is a foundation member and a Trustee of the Committee of Chief Compliance Officers of Banks in Nigeria. He believes that ‘the success of a man should not only be measured by his personal wealth but by the number of persons, he has made successful’.

Marvis Kofi Iboje is the Chief Compliance Officer of Zenith Bank and a General Manager of the Bank. Prior to this position, he served as the immediate past Managing Director of Zenith Bank Gambia Limited.

He joined the services of Zenith Bank in September 1992 and has served meritoriously in various capacities from Treasury Department, Corporate Banking to Branch Management at the Oba Akran and Eric Moore branches of the bank. He was a former Group Head of the Up-Country Credit Department and also supervised the Foreign Subsidiaries Department of Zenith Bank.

Mr. Iboje holds a Master’s Degree in Banking and Finance from the University of Benin and is a Fellow, Institute of Chartered Accountants of Nigeria (FCA)

Mr. Opeyemi Rotimi Adojutelegan is a lawyer by training. He was in legal practise for a few years after being called to the Nigerian Bar and thereafter moved to the banking industry in 2002. In his time in the banking industry, he has garnered vast experience working in the Legal and Company Secretariat function; Risk Management function and the Compliance function respectively. 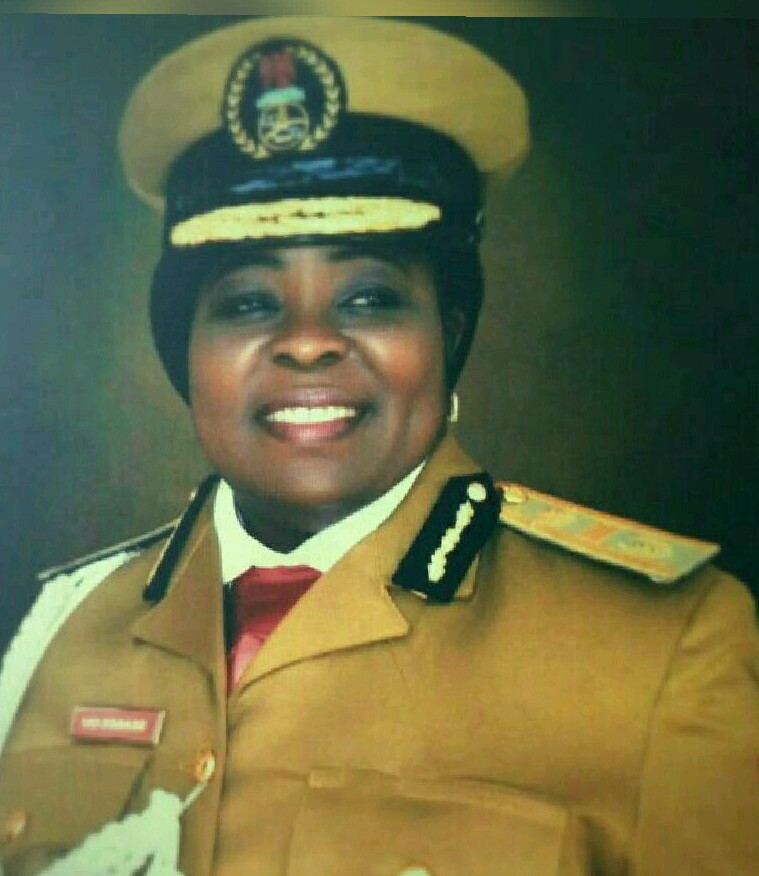 Works with the National Drug Law Enforcement Agency (NDLEA). She’s a pioneer staff of the agency and has held various positions in NDLEA awards which are:
Coordinator Abuja Liason Services
NDLEA Commander FCT
Director of Training and Manpower Development

She’s currently the Director of Assets and Financial Investigation. She served on board of EFCC and NAFDAC as a board member representing NDLEA.

She’s a lawyer by profession and was called to Bar in 1986. She’s a distinguished member of the prestigious National Institute for Policy and Strategic Studies, Kuru.

He retired from the services of The Chartered Institute of Bankers of Nigeria (CIBN) in August 2015 after serving at the Institute for over 14 years in different capacities. He was, at various times, the Zonal Coordinator (South/East & South/South) and Head of various units, including Training, Consultancy and Internal Audit & Compliance of the Institute.

Prior to his employment at CIBN, Phillips had worked briefly at Sarjim Nigeria Limited as The Chief Internal Auditor of the organization and in Union Bank Plc (UBN), where he worked for almost 20 years (1976 – 1995). He joined the Bank as a clerk and rose to Management level in various departments of the bank including Branch Management and Internal Audit department of the bank.

Chief Phillips obtained his first and second degrees (all in Banking & Finance) in 2004 & 2006 from University of Port Harcourt and Imo State University, Owerri respectively.